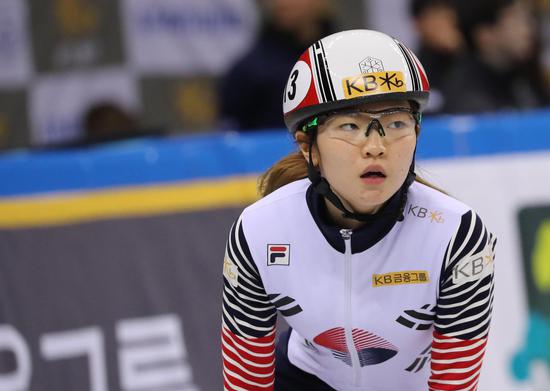 This is not the first public trial of this case. Before that, Shen Xixi could provide testimony by video, but the judge believed that she had to appear in court this time and personally go to the witness box to accuse the other party. Shen Xixi accepted the court’s suggestion. The short track speed skating star was unable to control his emotions at the court trial. He said with tears: “I still have to go to the hospital and take medicine. The defendant will admit the crime. Why? Don't admit it?"

According to Yonhap News Agency, Shen Xixi felt exhausted at the trial, so he took a break. As for why Shen Xixi shed tears, her lawyer said after the trial: “It is not easy to remember the dates of the multiple sexual assaults and what behaviors they have suffered, so she eventually shed tears. Up."

Shen Xixi appeared in court to testify that Zhao Zaifan beat himself and three other players from 2011 to January 2018. At the Pyeongchang Winter Olympics, the coach beat her into a concussion with a punch. In 2017, Shen Xixi was attacked by the opponent with a skating tool, causing his forehead to burst and bleed. At the time, the short-distance star said that he suffered from various diseases such as post-traumatic stress disorder and depression. In September 2018, Zhao Zaifan was sentenced to 10 months in prison in the first instance.

In January last year, Shen Xixi publicly accused the coach of sexually assaulting herself many times. Shen Xixi said that Zhao Zaifan extended his magic claws to him when he was a sophomore in high school, and he had sexually assaulted him more than 30 times in 7 places including Tailing, Jincheon Players Village and Ice Arena, even in 2018. He also sexually assaulted himself on the eve of the Pyeongchang Winter Olympics. Although Zhao Zaifan denied all the criminal facts, the prosecutor still believes that there is a sexual assault based on Shen Xixi’s statement and call records.

According to Korean media reports, the third trial of this case will be conducted at noon on October 16th, Korean time. Zhao Jae-fan will conduct the final defense and final statement.